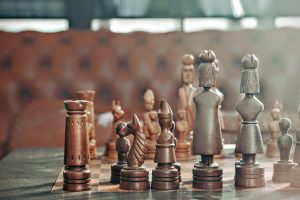 "No ad, you´re dead" - well-known German saying (by Henry Ford). However, anyone who advertises unfairly and anti-competitively also harms himself.

Many advertisers do not want to harm anyone. They are convinced of their advertising measures, their way of distribution and their product and express it. Often, however, legal mistakes are made which have a negative impact on all market actors.

Although market actors are accustomed to exaggerations in advertising in every respect, but some advertising statements nevertheless violate competition law. For example, advertising with a leading position (“we have the largest range of …”) or a promise of a healing effect of a cream is only allowed if the advertiser can prove this. If he cannot do so, the advertisement is misleading and a warning letter is likely to appear soon or a preliminary injunction or legal action will be taken by third parties.

The advertiser should therefore always keep competition law in mind and he has to judge his marketing measures by it.

In addition to the unintentional competition violations, there are of course also the intentional unfair acts of competitors to sell their products. These actions are for example reputational damage and denigration of competitors, imitations, deception or even aggressive measures to induce consumers or other market actors to make a decision which they would not have made voluntarily.

Moreover, comparative advertising is not permitted in every case, although there have been some changes in case law.

Since competitors are naturally the ones most likely to notice the unlawful acts and since rapid and targeted action is then required to put an immediate end to the infringements, the authorities have granted them various claims, such as injunctive relief, claims for damages, information, publication and removal. These can be enforced by means of a warning letter, interim injunction and other legal action.

Have you received a warning letter?

If you have received a warning letter, it is necessary to react.
If you do not react, the person issuing the warning will seek legal assistance and you will receive a preliminary injunction (if the court also identifies an infringement of competition law). Violations against this will be sanctioned with regulatory measures, such as an administrative fine or imprisonment. The additional costs incurred in this connection must also be taken into account, which the losing party must bear.

I will examine the (claimed) violation of competition law notified with the warning letter and develop an efficient defence concept in accordance with your requirements.

This may include, in particular, acceptance or rejection of the claims, negotiations with the party issuing the warning letter, clarifications, counter-attacks or the deposit of protective letters in court.

Have you received a court order?

I strongly recommend not to violate court orders (especially interim injunctions), as non-compliance may cause administrative measures, i.e. administrative fines or even imprisonment.

Besides, even after they have issued a preliminary injunction, there are still important points to consider in order not to incur further costs.

There are formal and material-legal traps which I will guide you through. Depending on the legal situation at hand, it may be advisable to recognise the injunction as a final regulation or to take action against it. So nothing is over after issuing a preliminary injunction. I take over the legal representation for you.

Do you consider a business activity of one of your competitors to be anti-competitive?

If a competitor of yours affects the market and fair competition by behaving anti-competitively, you are entitled to the above-mentioned claims for injunctive relief, for damages, information, publication and removal.

I will support you in enforcing these claims.